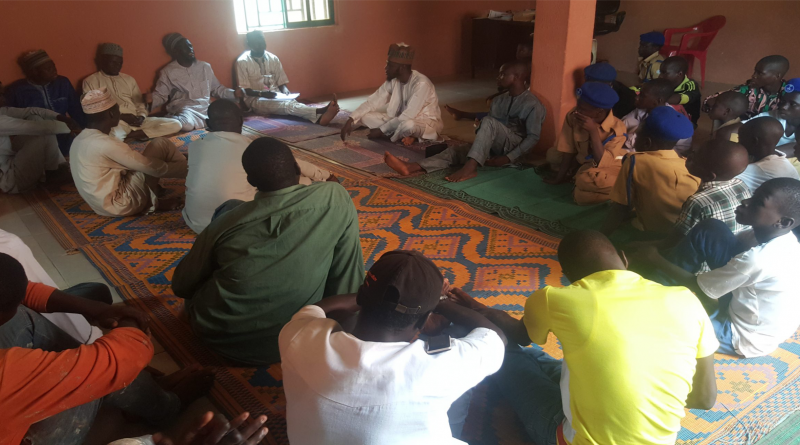 Friday October 11, IMC through the Community Peace Action Network (CPAN) embarked on an assessment to ascertain the truth on an alleged rape of a 19 year old girl in Buwaya community of Gonin Gora, Kaduna.

Faith Dikko was allegedly raped by two men outside her home in Buwaya Community few weeks before IMC was called to intervene.

IMC was contacted by the victim’s mother who called to seek help in ensuring that the perpetrators are brought to justice.

IMC visited the residence of the victim and engaged her in a conversation to ascertain why and how the assault happened.

Below are the highpoints of the conversation

·         Prior to the rape incidence, the victim received threats from Susan Fabian threatening to deal with her.

·         The victim narrated how she received several calls from a male who feigned to be interested in dating her and suggested a meeting point.

·         She  finally met the  caller in the company of another male  and Susan Fabian and was soon threatened with a knife and forced to an uncompleted building where she was raped.

·         She was taken to the hospital by the Police and  several tests were carried out, medication administered to help soothe the pains including prophylaxis to prevent any sexually transmitted diseases.

·         The case is presently in court and Susan Fabian  has pleaded guilty and asked for mercy.

·         It was also discovered during the court session that the rapists are on the run and one of them is the younger brother  to Susan Fabian.

The case has been adjourned to December 7, 2016 and IMC will follow up by being present in the court.