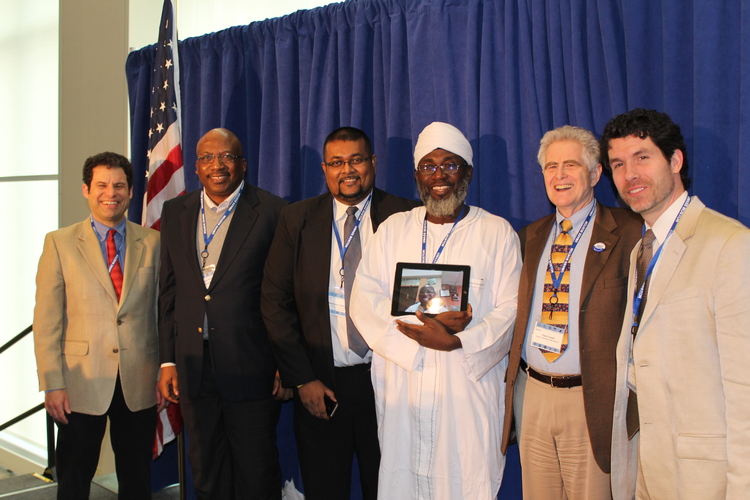 Religious leaders, such as Imam (Dr) Muhammad Ashafa and Pastor (Dr) James Wuye from Kaduna in northern part of Nigeria are today working together to teach warring militias and opposing religious leaders to resolve their conflicts peacefully. But they did not start as peacemakers. Ten years ago, Imam Ashafa and Pastor James were mortal enemies, with intent of killing each other in the name of religion.

In 1992, violent inter-religious conflict broke out in Kaduna State. Christians and Muslims fought each other in the marketplace, destroying each others’ crops and attacking each others’ families. Both the Imam and the Pastor were drawn into the fighting, and both paid a heavy price for their involvement — Imam Ashafa lost two brothers and his teacher, and Pastor James lost his hand.

Afterwards, they had dreamed of avenging the lost against each other, nonetheless, as leaders in their communities, the two men reluctantly agreed to meet. Imam Ashafa recalled what happened: “A mutual friend took both of them by the hand and said: ‘The two of you can pull this state together, or you can destroy it. Do something!’” Over the next few years, through increasingly frequent meetings and separate religious epiphanies, the two men slowly built mutual respect, and decided to work together to bridge the religious divide between their communities.

In 1995, Wuye and Ashafa formed the IMC, a religious grass-roots organization that successfully mediates between Christians and Muslims throughout Nigeria and has worked extensively in Chad, Kenya, and Sudan with amazing success stories. Their organization, now with over 20,000 community members, reaches into the militias and trains the country’s youth—as well as women, religious figures, traditional and ethnic leaders—to become civic peace activists.  Under their leadership, Muslim and Christian youth jointly rebuilt the mosques and churches they once destroyed through war and violence and the organization facilitated training sessions to engage community members in peaceful co-existence and cooperation.

Ashafa and Wuye’s story is featured in the documentary entitled ‘The Imam and the Pastor‘, produced by FLT Films. A 2010 follow-up documentary ‘An African Answer‘, chronicles their journey since and the reconciliation process approaches in neighbouring Kenya.

The dynamic duo remain committed to a peaceful Nigeria through their work with the Interfaith Mediation Centre, Kaduna.